Important Announcement
Tap to see the requirements to board KAI’s trains.
Origin

Bekasi Station is a big type C-station, running under the Operation Area I Jakarta. This station is the busiest in Bekasi because it serves so many trips, such as regular train, the local train heading to Cikampek and Purwakarta, Trans Jabodetabek Commuter Line, and Soekarno-Hatta Airport Train. No wonder if this station is always packed with passengers every day.

Bekasi Station has 8 active tracks in order to support the continuity of traffic flow. The building is also modernly developed and completed with numerous supporting facilities to deliver convenience towards the passengers. Besides, the location in the middle of the city, precisely in Jln. Ir. H. Juanda-Bekasi, offers easy access to all passengers. 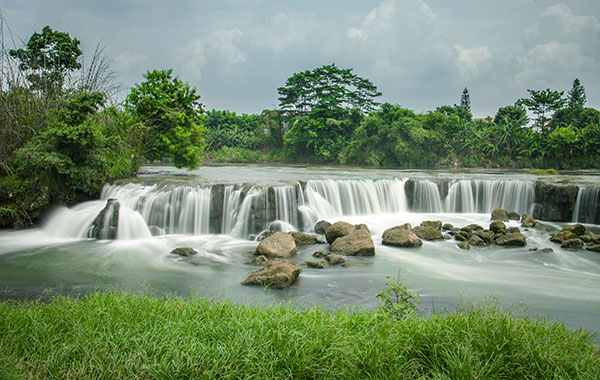 Your ears surely very familiar with the name “Bekasi”. The city within West Java Province is located strategically borders DKI Jakarta Province in the west, making it as the support city for metropolitan of Jakarta.

We might say the popularity of Bekasi has been raising in this past few years. With the size around 219.49 km2, Bekasi grows as a business, commercial, and education area. This condition, in turn, delivers the city as an ideal residential area for the newcomers from various places who come here to look for a job.

The origin of Bekasi's name

The name of this city is written on Tugu Inscription from Taruma Kingdom (Tarumanagara). The word "Bekasi" is physiologically originated from the word “Chandrabhaga”. “Chandra” means “moon” and “Bhaga” means “part”, making the word may be interpreted as "the part of the moon". In the ancient Javanese language, the word "Chandra" is pronounced as "Sasi". Thus, “Chandrabhaga” is read as “Sashibhaga” or “Bhagasasi”, but in pronunciation is often shortened as “Bhagasi”. The influence from Dutch Language making the word “Bhagasi” is often written as “Bacassie”. As time goes by, the word "Bacassie" was later changed into “Bekasi” until today.

The Patriot Town as the nickname

Bekasi has a number of monuments that represent the spirit of its people in defending their motherland. For example, Tugu Bambung Runcing (Sharpened Bamboo Monument), Tugu Kali Bekasi (Bekasi River Monument), Tugu Perjuangan Bekasi (Bekasi Struggle Monument), and Monumen Perjuangan Rakyat Bekasi (Bekasi People’s Struggle Monument). The existence of these monuments surely have a certain reason. Our history recorded that Bekasi was once the leading defense area of Indonesia Republic while facing the allies in 1945. That story brought Bekasi to be called as “The Patriot Town”.

Cikarang that's located within Bekasi Regency is honored as the biggest industrial city in South East Asia. The industrial area is assumed to have around 4.000 companies from various countries, working in various fields, like automotive, electronics, food, chemical, pharmacy, etc. On the other hand, Cikarang is also one of the national industry centers with export value is competitive to Batam city.

Accommodate the urban community of Jakarta 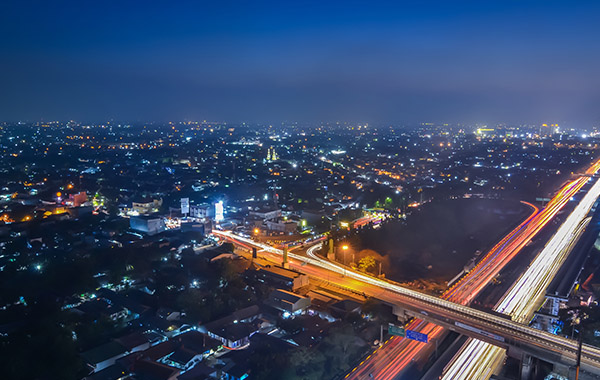 These days, Bekasi is one of the satellite cities for Jakarta. This city is the favorite residential and commercial area for the workers of Jakarta. It is proved by the fast development of all kind of properties, ranging from housing, shopping center, apartment, transportation, to offices.