It’s Even Easier with Traveloka App

Download now and enjoy special discounts of up to 25% for your travel & lifestyle needs. 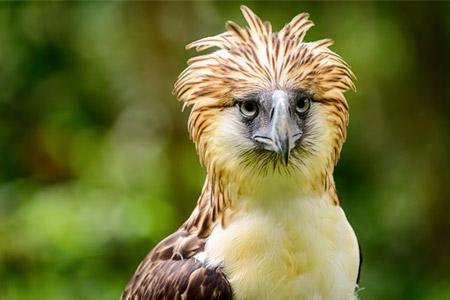 Davao or officially known as the City of Davao is a first-class urbanized city which is located in the Mindanao Island of Philippines, being the center of the Metro Davao area as well as the “Durian Capital of the Philippines”. With a total land area of 2,443.61 square kilometers, Davao is the largest city in the Philippines by land area. Being the regional center as well as the main trade, commerce, and industry hub of Mindanao and part of the Metro Davao area, its economy is mainly driven by industry, commerce, agriculture, trade and tourism. The city is also home to Mount Apo, which is the highest mountain that can be found throughout the Philippines. Historically the city name, Davao can be traced to its Bagobo origins, in which the word Davao is the phonetic blending of three Bagobo’s subgroup names for Davao River that flows into Davao Gulf. With a total population of 2.5 million residents as of 2015 which makes Davao the third most populous city in the Philippines after Quezon City and Manila, Davao is subdivided into 182 barangays grouped into three congressional districts.

Francisco Bangoy International Airport or also known commonly as Davao International Airport is the primary airport meant to serve the Davao Region in general and Davao city specifically. Located in Catitipan, Barangay Buhangin which is about 36 kilometers from Davao city area, it is the third busiest airport in the country. It is a public airport operated by the Civil Aviation Authority of the Philippines. Francisco Bangoy International Airport has begun operating since the 1940s and has been modernized ever since, to the point that the airport is now able to accommodate up around four million passengers annually. At an elevation of 29 meters, the runway is 3,000 meters long and is made of asphalt concrete. It is the hub for Cebu Pacific, PAL Express, Philippines AirAsia as well as catering for flights heading to and from Manila, Clark, Cebu and many more.

How to Get Cheap Flights to Davao?

Traveloka is a travel search engine that makes it easy for travelers to find the cheapest flights to Davao. All you need to do is to key in the information in the search box, and the application will recommend the best trip according to your budget. It compares flight prices across some trusted airlines to help you to get the best possible deal. Don’t hesitate to use Traveloka’s price alert feature to be notified of flights in your desired price range to get the best flight price to Davao.

When is the Best Time to Fly to Davao?

While Davao can be visited all year round, the off-peak season is in December which is the least humid month in Davao. As such, one can expect travel costs to be much lesser if you are travelling around this month. The peak time to visit Davao is usually around May, as well as July to August, therefore expect prices of flight tickets as well as accommodations to go on a rise around this time. If you plan your trip well, you can undoubtedly save your finance because the price for hotels and flights during the peak season will cost you a lot of money.

Davao, in a similar fashion to other regions around the Philippines and nearby countries in the Southeast Asia region, is said to have a tropical rainforest climate which dry season is shorter or almost negligible, and rainfall is normally heavy throughout the year with at least 77 millimeters of rainfall every month of the year. The average maximum temperature in Davao around 30 and 34 degree Celsius while the average minimum is around 20 and 24 degree Celsius. The hottest months are usually around April, May and June. Davao too has a high humidity with some months being more humid than others.

Just like any other well-developed city with a good economy, Davao indeed owns a rich culture. As such, there are multiple events that you can look forward to participate just like a local would when you are in Davao. To begin with, Araw ng Dabaw or Day of Davao is held on March 16 annually with celebrations all over the city that attracts tourists, local and abroad. Next thing is the Kadayawan Festival in August which is a festival to celebrate life, as a thanksgiving for nature and harvest. Typically held in the third week of August, the celebration involves street parades and dancing. On December, Pasko Fiesta sa Davao is which is a local celebration of Christmas involving competitive performances across barangays. Last but not least, the Torotot Festival which is held during the New Year's Eve which includes people blowing party horns.

What are the Top 3 Things to Do in Davao?

Davao certainly is a decent place for tourism with a lot of places to offer and look forward to visit too.

1. Mount Apo - With an elevation of 2,954 meters above sea level, Mount Apo is a potentially active stratovolcano which is the highest of its kind in the Philippines. Found between Davao City and Davao del Sur province in Region XI, the peak overlooks the city 45 kilometers to the northeast. It is now a national park, being home to the Philippine eagle.

2. Philippine Eagle Center - Found in the city, the Philippines Eagle Center is home to 36 Philippine eagles, 18 of them being bred in captivity. Opens daily from 8 am to 5 pm, there are educational tours to help visitors to understand the importance of preserving the eagles. Besides eagles, there are 10 other bird species, 4 mammal species and 2 reptile species here.