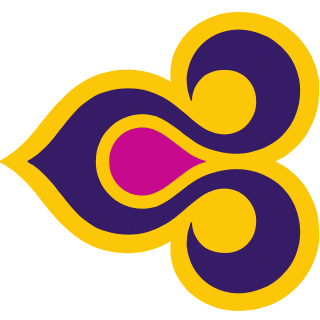 Thai Airways, or simply known as THAI, is one of the founding members of Star Alliance, the first and largest airline alliance in the world. Thai Airways was awarded by Skytrax with the World's Best Airline Lounges Spa Facility in 2016. Thai Airways flies to nearly 84 destinations in more than 37 countries, with four different flight classes, which are Economy Class, Premium Economy Class, Royal Silk Class (Business Class), and Royal First Class (First Class). 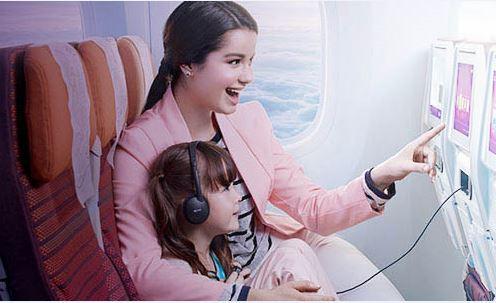 Thai Airways offers an improved economy class with a more spacious cabin, impeccable service, and award-winning cuisine. Its media library provides 1,000 movies, songs, games, news, and information that the passengers can enjoy during the flight, through their in-seat touchscreen monitor. The new cabin design offers wider seats and more than generous legroom, providing passengers with a more comfortable sitting arrangement. Passengers will get to enjoy a more relaxed journey, which will leave them feeling refreshed when they’ve reached their destination. All of these facilities are offered so that passengers can experience the genuine hospitality of The Land of Smiles onboard Thai Airways. 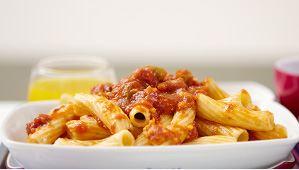 Passengers in Economy Class can enjoy meals made by award-winning chefs. The unique flavors of Thailand and the world inspire the menu, which highlights the use of seasonal ingredients. Thai Airways offers a wide selection of beverages, from wine and juice, to hot and cold drinks during the flight. Passengers with special dietary requirements may contact Thai Airways to pre-order their meals, at least 48 hours before their departure time.

Thai Airways’ Premium Economy Class provides passengers with more spacious seats than does the airline’s economy class. Especially enjoyable for passengers on long-haul flights, the Premium Economy Class is available exclusively on Thai Airways’ Boeing 777-300ER aircraft, which offers a separated, exclusive cabin of just 18 Premium Economy Class seats. Complemented with contemporary decor, subtle, cozy lighting, and generous sense of space, passengers can relax in the 20-inch-wide seats, which can recline 180 degrees to a fully flat position. The seats are also equipped with wider arm rests and a leg rest which can easily be controlled by the fingertips. An in-seat power outlet is also provided for the passenger’s electronic need, and the large screen interactive Audio Visual On Demand system offers hundreds of entertainment, information, and gaming options. 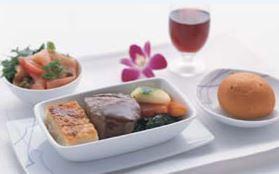 Each meal on a Thai Airways aircraft is always served with grace and elegance. Thai Airways’ chefs craft the highest quality of Asian and Western cuisines, which highlight seasonal ingredients and year-round favourites. An extensive range of hand-picked wines, spirits, juices, and hot and cold beverages are also ready complete the passengers’ experience during the flight. 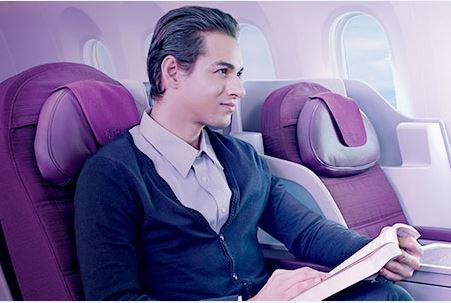 Royal Silk Class is the airline’s business class that is inspired by the rich culture and heritage of Thailand. Royal Silk Class passengers can use their space as a lounge, office, or bed during the flight. The seats can be reclined to 180 degrees, providing passengers with more comfort as they sleep. Passengers can also choose from a collection of music, movies, and various TV channels simply by touching the flat screen in front of them. For those who would like to work using a laptop onboard, power outlets and a USB port are also available in all seats. 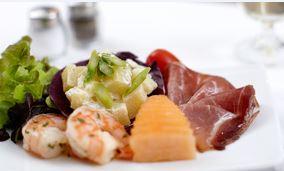 Royal Silk class passengers can enjoy a variety of delicious dishes, including a homemade terrine to tease the palate. A variety of beverages, which include a selection of wines, soft drinks, and juices, are also ready to complete the passengers’ in-flight meal experience. Passengers requiring a special menu due to their dietary restrictions can pre-order their meals, at least 48 hours before departure. 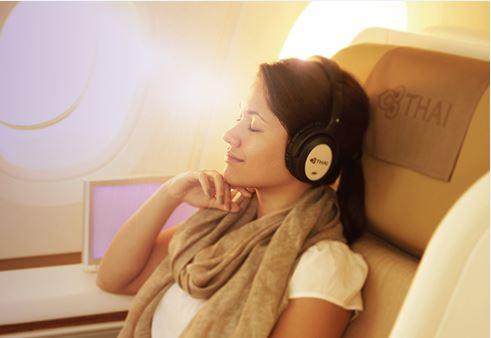 Those flying with Royal First class tickets are entitled to the ultimate service from Thai Airways. Once onboard, passengers are greeted with chilled champagne. The cabin itself is designed in such a way to provide passengers with tranquil ambiance, allowing a semi-private experience during the flight. The cabins are spacious, and the seats can be transformed into 180-degree plush flat beds, providing comforts with its generous dimension. Passengers can also enjoy the Touch of Silk massage at the Suvarnabhumi Airport Royal First Lounge. Meanwhile, during the flight, passengers are provided with fascinating entertainment, including hundreds of films, television programs, music CDs, games, and special features on the 23-inch flat screens. 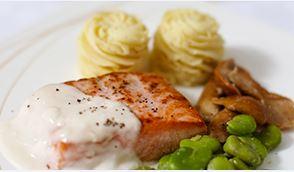 Passengers on Royal First class are allowed the privilege to order their main course before the flight. Meals can be ordered online on most long-haul flights, and menus vary depending on the flight routes. Passengers departing from Bangkok can enjoy premium choices of Thai, Oriental, and classic Continental cuisines, such as steamed thai hom mali rice, dry fish in spicy soup thai style (tom-khlohng), beef massaman, dry fish in spicy soup thai style (tom-khlohng), prawn and young coconut in tom yum soup, and a variety of Thai desserts among others. 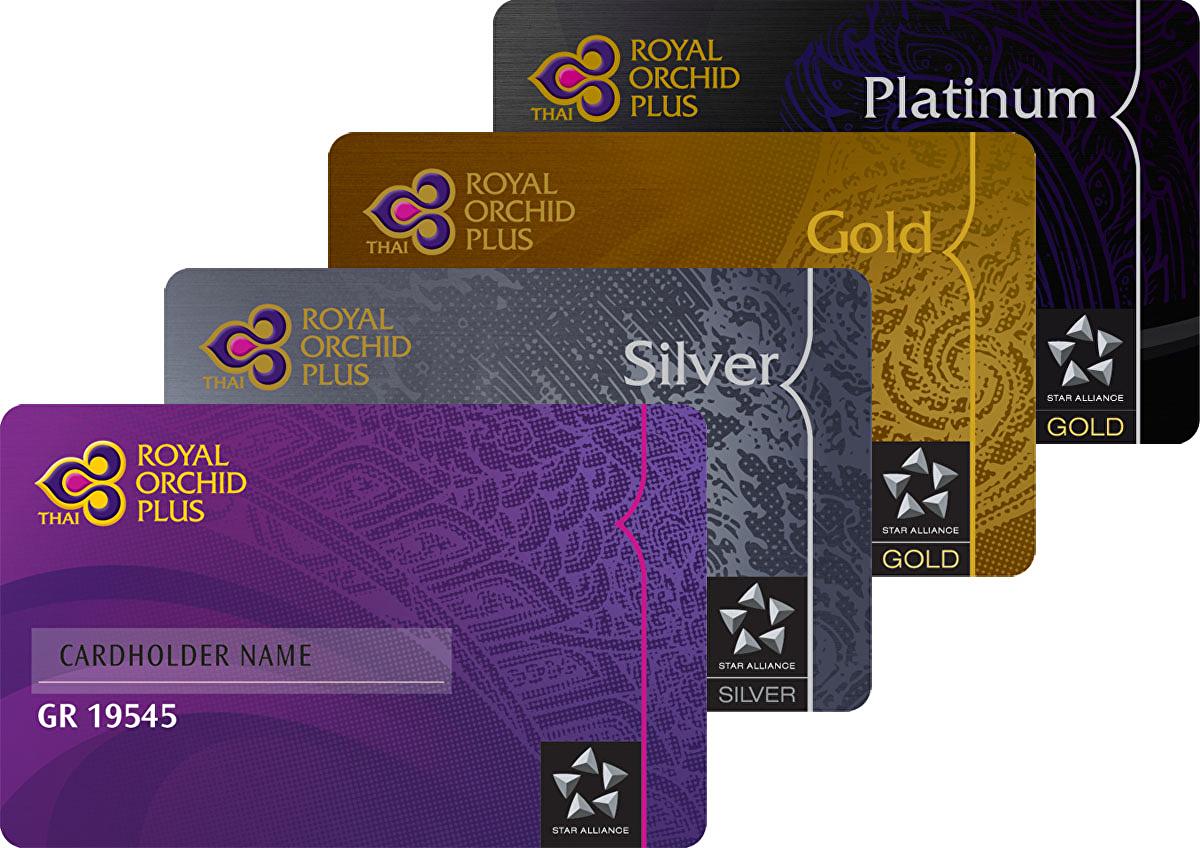 Royal Orchid Plus is an exceptional program exclusive for Thai Airways loyal passengers. There are four types of Royal Orchid Plus membership, ranging from Basic, Silver, Gold, and Platinum. Frequent flyers will earn miles when flying with Thai Airways, Star Alliance partners, or many other Thai Airways partners. Points can be redeemed for an upgraded flight class on Thai Airways or other Star Alliance partner airlines, as well as for hotel stays. Royal Orchid Plus members will also get many benefits, such as access to airport lounges, complimentary upgrades, and excess baggage allowances, and priority services in such areas as reservations, check-in, and baggage handling. 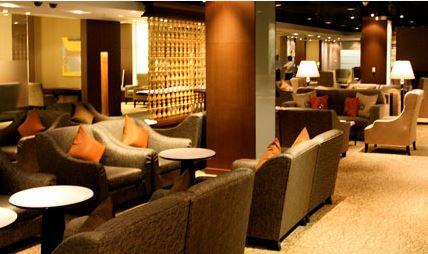 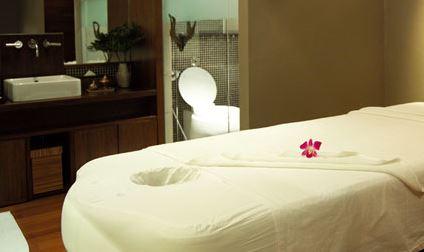 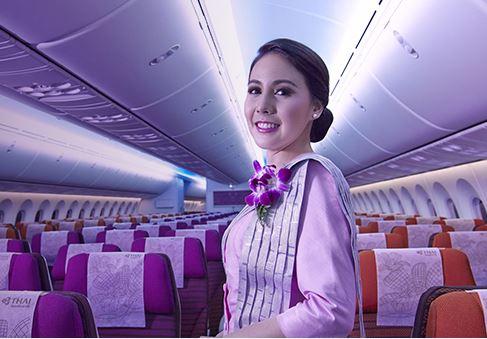 Thai Airways female flight attendants of Thai citizenship are required to wear a uniform ornamented with a fresh purple flower on the lapel, inspired by the traditional Thai dress, onboard. Meanwhile, the male flight attendants wear suit jackets that are different from what they wear on the ground. With the classy, timeless, and elegant uniforms that live up to the airline's motto of “Smooth as silk”, Thai Airways shows off the unique Thai culture without compromising its excellent service to passengers during the flight.

Please find the check-in time for all Thai Airways flights on the table below. Check-in time may vary if your flight is operated by a partner airline. Please check your e-ticket to ensure.

In general, refunds are permitted for personal reasons (self-cancellation, sickness, pregnancy, or death of a passenger), cancellation/rescheduling by the airline, force majeure, or double booking. However, different airlines have different policies regarding acceptable refund reasons. Please visit Thai Airways Refund Policy for a complete information on refund.