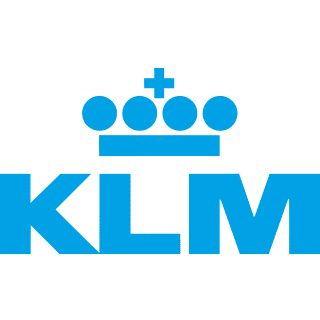 KLM Royal Dutch Airlines, also known as KLM, is the leading airline in the Netherlands. KLM is a part of the Air France-KLM Group and a member of the SkyTeam airline alliance. Established in 1919, KLM — the oldest airline in the world — has retained its original name to this day. Currently, the airline offers economy and business class flights to 145 destinations around the world. 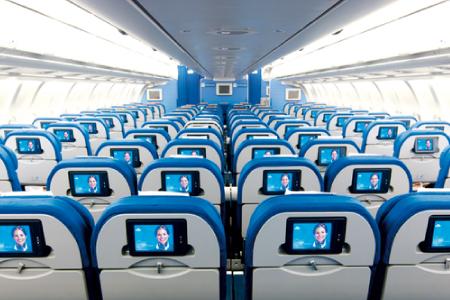 The Economy Class of KLM is equipped with ergonomic seats to ensure passengers’ comfort. For passengers flying on a long-distance flight, the airline provides pillows and blankets for extra comfort. Passengers may also choose from a range facilities to keep them entertained onboard, from shopping to movies, music, TV series and international newspapers. Holland Herald, the airline’s inflight magazine, is also available onboard. 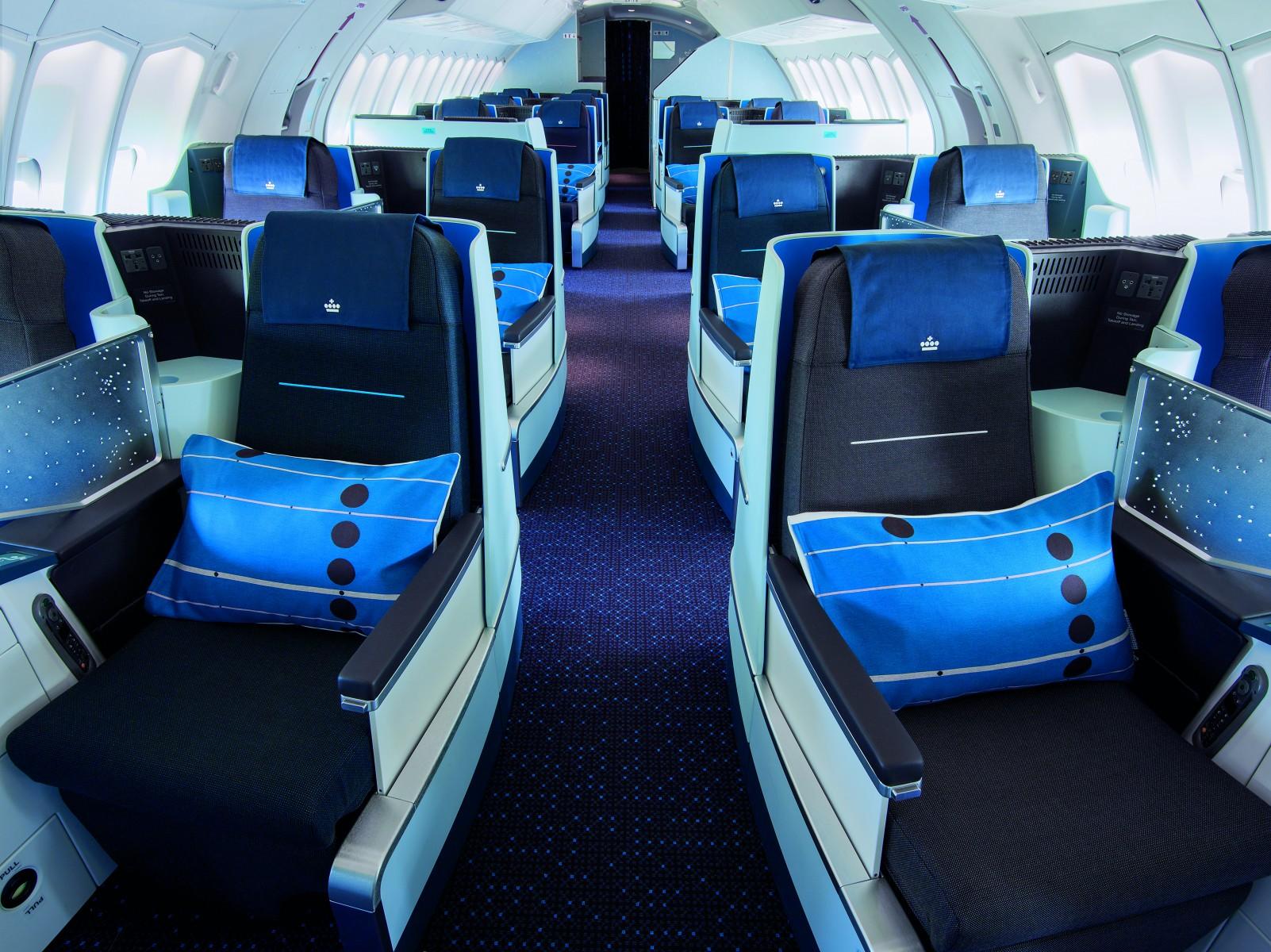 Business Class passengers are provided with wider seats, bigger baggage allowance and access to the KLM Crown Lounges or its partners. The 190 cm seats can be reclined to 175 degrees, allowing passengers to rest comfortably. A power set as well as a Taminiau comfort kit are provided in each seat for the passengers’ convenience, while an entertainment set, magazines and newspapers keep the passengers accompanied during flight. Business Class passengers will also be rewarded with 175% of Flying Blue miles when flying internationally, and 250% when flying around Europe. 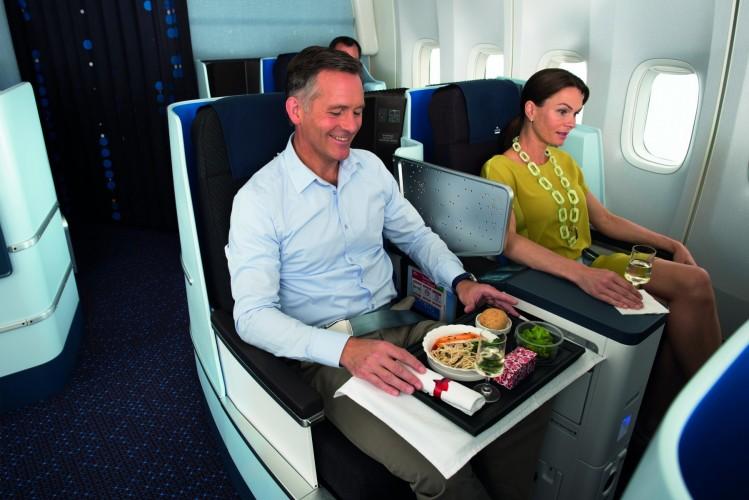 Business Class passengers are served with more food variety, from sandwiches, salads, snacks and tapas to a sumptuous three-course meal complete with a glass of fine wine or the passenger’s beverage of choice. The airline collaborates with some of the Netherland’s top chefs in creating the menus, and chooses Amsterdam’s leading product and interior design studio Marcel Wanders for cutlery. 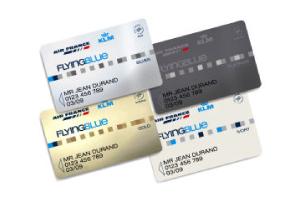 Flying Blue is a special privilege program for the loyal customers of KLM. Flying Blue members are entitled to a wide range of f exclusive benefits and privileges. Passengers aged 2 and above are eligible for membership and can earn miles every time they fly with KLM or its SkyTeam partners, such as Air France, Aircalin, Kenya Airways, and Tarom. Passengers can redeem their miles for flights, car rentals and hotel stays, among others. To get the miles, customers need only to mention their Flying Blue number when booking a flight or using the services of the SkyTeam partners. 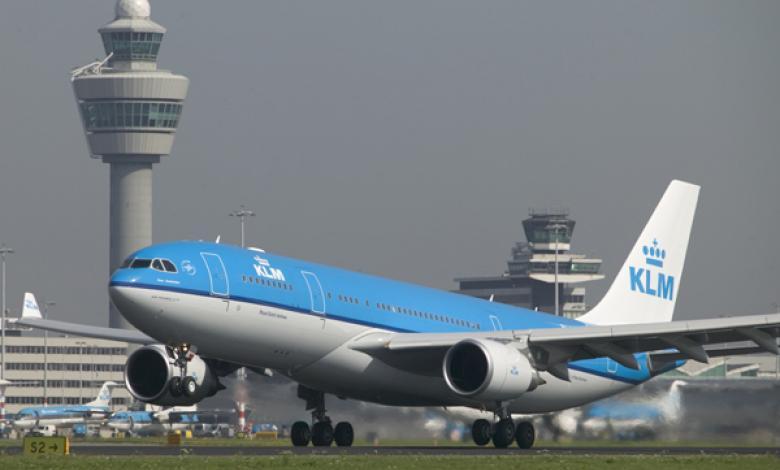 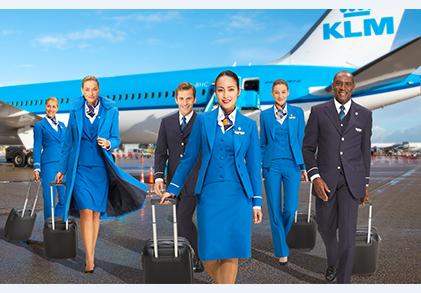 KLM updates its flight attendant uniforms every five to 10 years. The current uniform, which was designed in 2010, consists of a white blouse, complemented by the airline’s signature five-color scarf and pin. The white blouse may be paired with a vest, a long-sleeved blazer, a coat or a sweater, and a pair of pants or a formal skirt. On occasions, the flight attendants may also wear a thick black scarf, especially in the winter.

Please find the check-in time for all KLM flights on the table below. Check-in time may vary if your flight is operated by a partner airline. Please check your e-ticket to ensure.

Online check-in is also available for KLM flights. Please follow the steps below.

In general, refunds are permitted for personal reasons (self-cancellation, sickness, pregnancy, or death of a passenger), cancellation/rescheduling by the airline, force majeure, or double booking. However, different airlines have different policies regarding acceptable refund reasons. Please visit KLM Refund Policy for a complete information on refund.