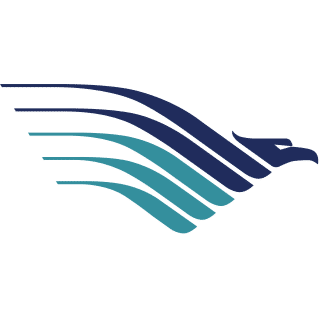 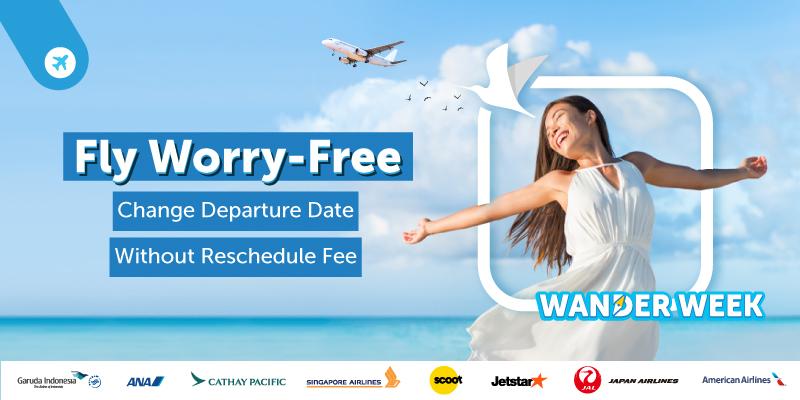 Garuda Indonesia is the flag carrier of Indonesia and a member of the SkyTeam alliance. Flew for the first time in 1949, now Garuda Indonesia flies to 40 domestic and 36 international destinations. Previously known as Garuda Indonesian Airways, this airline offers three types of flight class, which are Economy Class, Business Class, and First Class. Thanks to its huge dedication to the aviation industry, Garuda Indonesia has been named World’s Best Regional Airline by Skytrax. 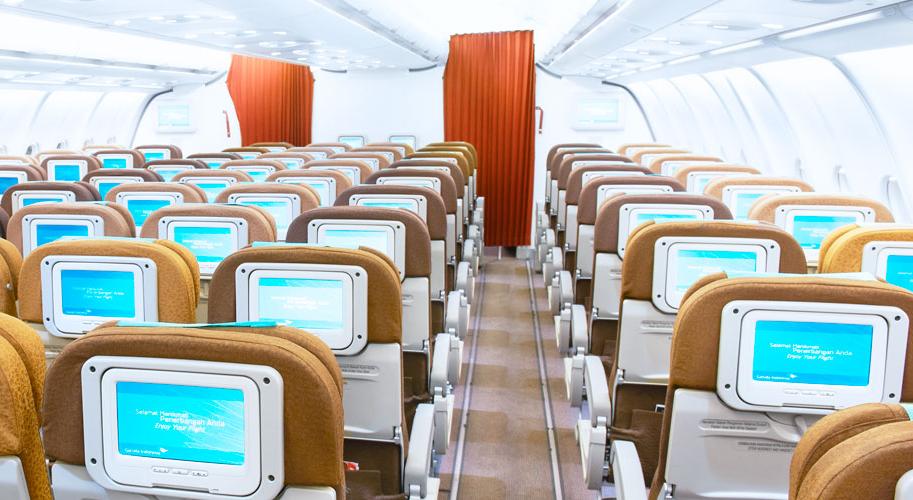 Garuda Indonesia’s Economy Class was named by Skytrax as World’s Best Economy Class in 2013, a result of the airline’s efforts in providing maximum comfort to its economy class passengers. As well as spacious legroom, the seats in Economy Class are equipped with in-flight entertainment and a reclining backrest. Particularly in Boeing 777-300ER aircraft, Economy Class passengers also get additional facilities such as footrest, USB port and power outlet in every seat. 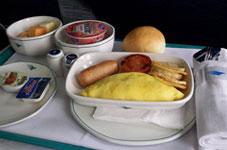 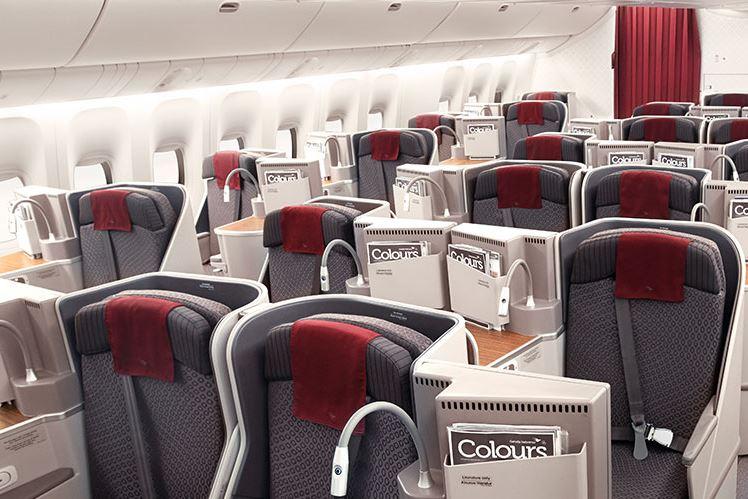 With a width of 21.2 inches (around 54 cm), Garuda Indonesia’s Business Class seats can be reclined to a fully flat 180-degree position to ensure passenger’s comfort. Every seat is equipped with a personal storage, a USB power outlet, and a 15-inch touchscreen LCD with innovative eX2 Panasonic in-flight entertainment system. There are 38 staggered seats in Garuda Indonesia’s Business Class with direct aisle access for each seat and a seat pitch of 43 inches (around 109 cm), so passengers can enjoy their flight with maximum privacy. Business Class passengers will also be provided with a hypoallergenic pillow in a cotton cover, comforting furtex-plush duvet, and a L’occitane amenity kit (for Business Class Asia – Oceania). 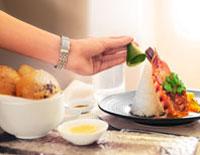 Garuda Indonesia has teamed up with qualified chefs from five-star establishments to serve the best in-flight cuisines for Garuda Indonesia’s Business Class passengers. Passengers will be offered a variety of snacks, light meals and main dining menus. On international flights, in-flight meal options will be synchronized with the destination route. Business Class passengers can also pre-book their meals during booking or at least 24 hours before their flight schedule. 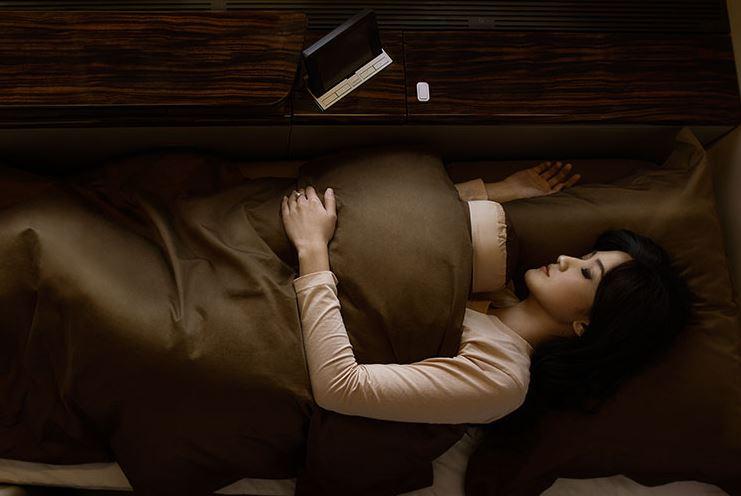 Garuda Indonesia’s First Class service is available on Boeing 777-300ER aircraft. It offers eight luxurious private suites, each equipped with a sliding door to ensure the passenger’s privacy during the flight. With an 82-inch pitch (around 208 cm) and a 22-inch seat width (around 56 cm), every First Class seat can be reclined to a fully flat 180-degree position. For maximum comfort, Garuda Indonesia also provides a duvet, pillows, and an ottoman for its First Class passengers. Moreover, in-flight entertainment is provided by the 23.5-inch touchscreen LCD, complete with a remote control and a noise-cancelling headphone. First Class passengers receive special services even before boarding, from access to the airport lounge, priority baggage handling and immigration process, to a limousine service. 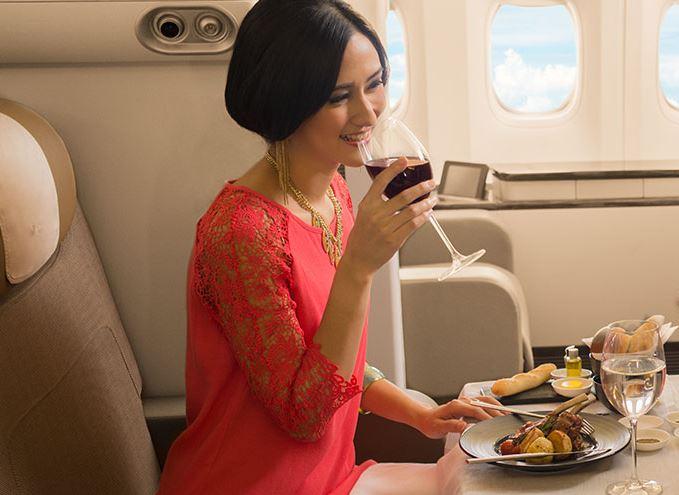 To appreciate its loyal customers, Garuda Indonesia presents a frequent flyer program called GarudaMiles. GarudaMiles members earn miles when they fly with Garuda Indonesia or its SkyTeam partner airlines. The accumulated miles can be redeemed for flight tickets or for a flight upgrade. GarudaMiles members may also enjoy a wide variety of special benefits and exclusive privileges, such as special check-in counters at the airport, extra baggage allowance, priority baggage handling, priority waitlist on ticket reservation, and access to the Garuda Indonesia airport lounges. There are at least four membership tiers available, from GarudaMiles Blue, Silver and Gold, to Platinum. 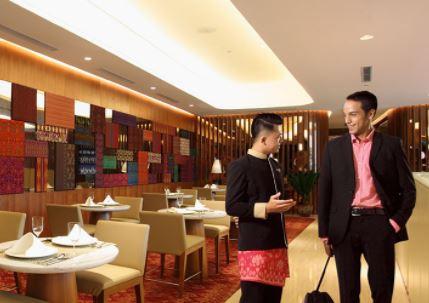 Business Class and First Class passengers, as well as GarudaMiles members, can gain access to the Garuda Indonesia airport lounges. Different lounges serve different flight classes, but all offer various facilities to pamper passengers before they continue their journey. Passengers can expect to find a great selection of Indonesian regional cuisines, reflexology services, showers, lactation rooms, and entertainment facilities, such as television, books, newspapers, magazines, and even a fast WiFi connection.

As a member of the SkyTeam alliance, Garuda Indonesia offers a SkyPriority program to all its partners’ passengers through a red carpet treatment that includes priority check-in areas, baggage drop off, and boarding. This service is offered to Elite Plus, First, and Business Class passengers. SkyTeam’s SkyPriority program first launched on 1 March 2012, when it was introduced at Taipei Taoyuan International Airport. Today, SkyPriority is available at more than 700 airports around the globe. 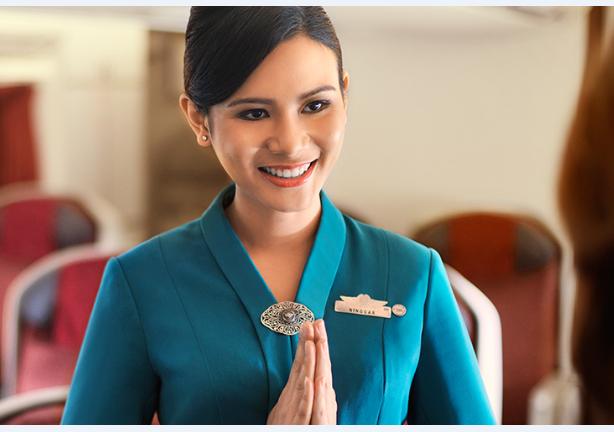 Please find the check-in time for all Garuda Indonesia flights on the table below. Check-in time may vary if your flight is operated by a partner airline. Please check your e-ticket to ensure.

In general, refunds are permitted for personal reasons (self-cancellation, sickness, pregnancy, or death of a passenger), cancellation/rescheduling by the airline, force majeure, or double booking. However, different airlines have different policies regarding acceptable refund reasons. Please visit Garuda Indonesia Refund Policy for a complete information on refund.