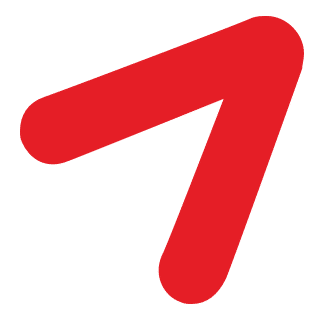 Asiana Airlines is an airline based in Seoul, South Korea, as well as a member of the Star Alliance. Established in 1988, today Asiana Airlines operates its passenger flight service to 10 cities in Korea and 65 cities across 23 countries, with a well-developed Asian network that includes important cities in the People's Republic of China, Japan, Southeast Asia and Central Asia. Offering six types of flight services ranging from Economy Class to First Suite Class, Asiana Airlines has also been recognized as Best Airlines by Skytrax. 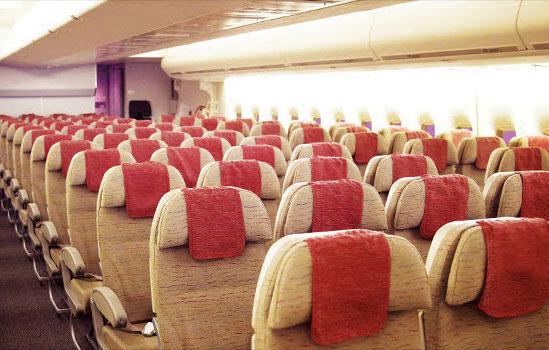 Economy Class passengers can enjoy an in-flight entertainment service during the flight, varying from a wide selection of movies, TV shows, music, and games. In addition, all Economy Class seats are equipped with an 110V power outlet so that passengers can use it to charge their electronic devices. Asiana Airlines also provides a communication service on selected flights. It allows passengers to make a call using a satellite phone, send a text, and email, for a charge of USD 1.33 to USD 2. 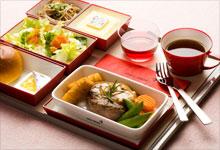 Passengers will be served with an award-winning in-flight meal service, with Korean dishes as its most highlighted menu. Fresh foods are also available on flights departing from China, Japan, and certain Asia countries. 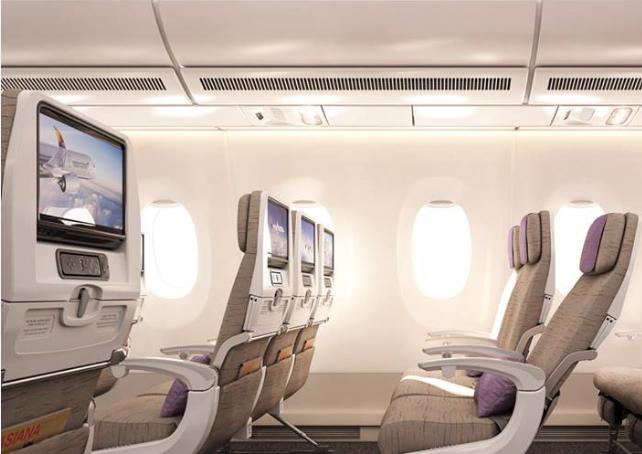 As an upgraded version of its Economy Class, Asiana Airlines’ Economy Smartium Class provides enhanced comfort with 4 inches of extra legroom. Located right behind the Business Class cabin, Economy Smartium Class allows easy access when boarding. Passengers will also get a larger overhead cabin where they can easily store more bags and other carry-on items. In addition, each seat is also equipped with a power outlet and a USB port for passengers’ convenience. 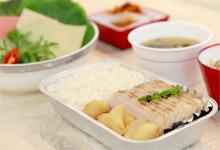 One of the dishes served in the Economy Smartium Class is Yeongyang Ssambap, which features crisp and delicious vegetable wraps, an assortment of nuts, sauces, and other Korean authentic ingredients. Various Travel Meal options are also available to satisfy all kinds of cravings. 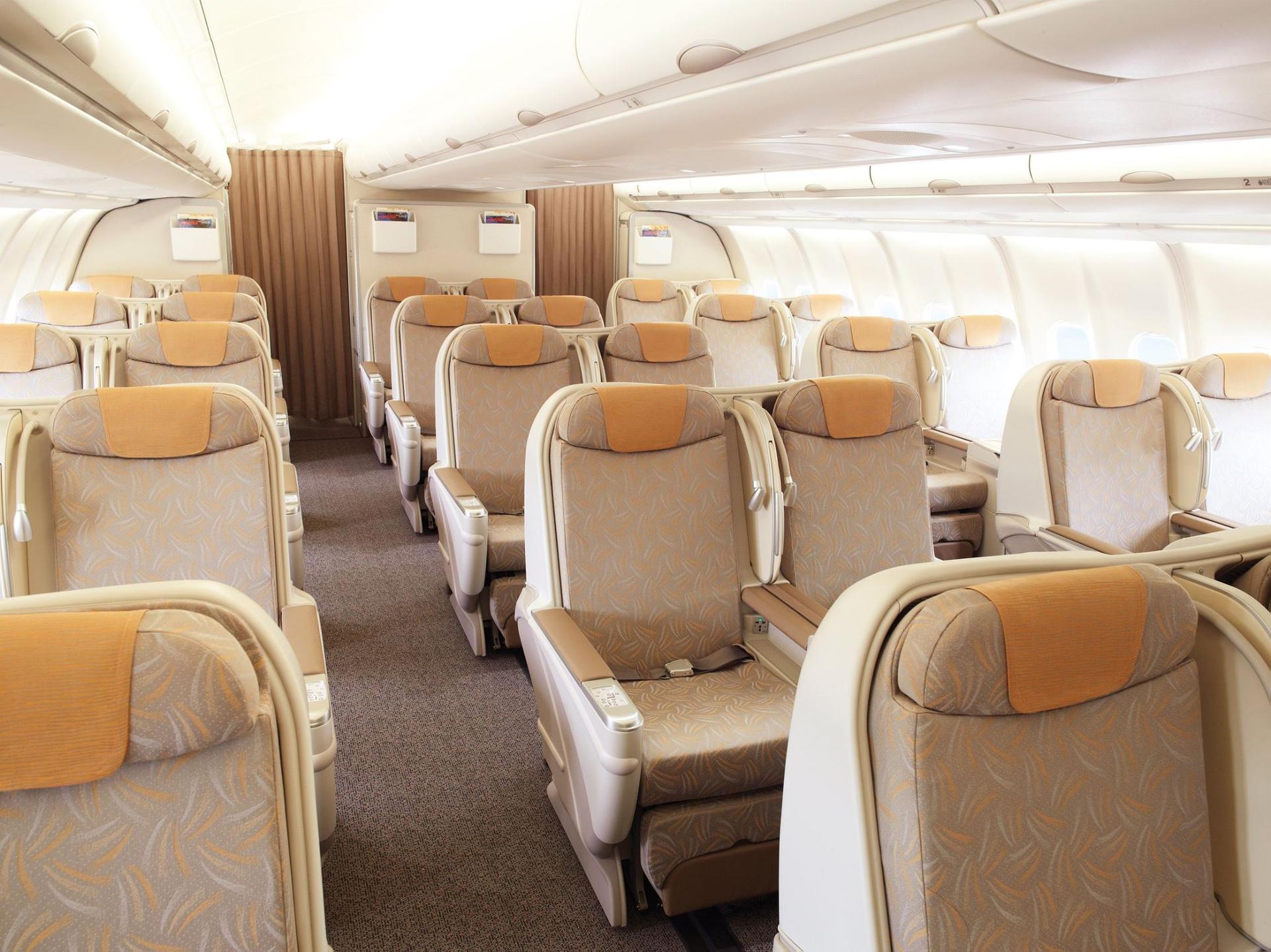 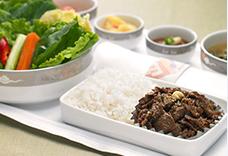 The meals served in Business Class varies from Korean food, Western cooking, as well as a great selection of drink including coffee, tea, and wine. The Western menus are directly served by La Cucina, one of the best Italian restaurants in Korea known for its authentic Italian tradition. 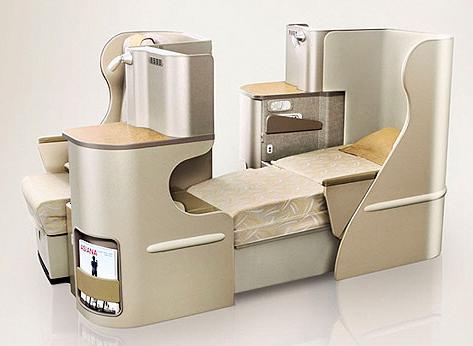 With its staggered seat layout that offers direct aisle access from every seat, Business Smartium Class passengers can have an unobstructed movement around the cabin. The seats can also be reclined into an 180-degree fully flat bed, each equipped with an Audio Video on Demand (AVOD) system to provide a satisfying in-flight entertainment. Passengers can choose from a variety of movies, music, and games. In addition, the seat also features a personal power supply system for portable laptops and electronic devices so passengers can work during their flight without having their batteries run out. 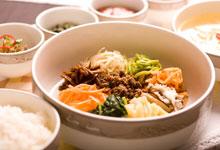 Asiana Airlines offers a unique in-flight meal service, featuring both Korean and Western menus of the highest standards. Passengers will also be served with premium champagnes carefully selected by the world’s top sommeliers, as well as wines from France, America, and Germany. 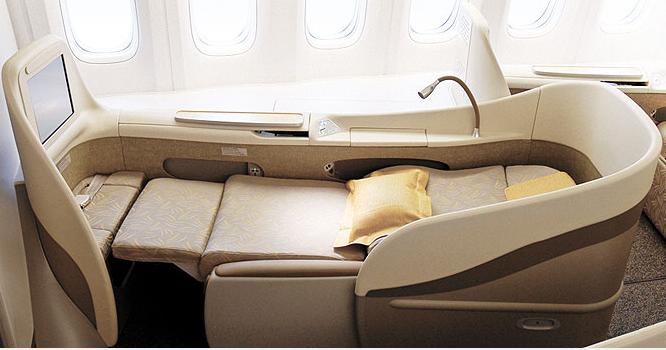 Asiana Airlines’ First Class cabin offers 83-inch wide seats that can be reclined into a fully flat 180 degrees position. Throughout the flight, passengers are also entitled to various facilities such as power supply system, in-flight entertainment, automatic seat control system, as well as access to paid services of a satellite phone, SMS, and email. Passengers traveling in the First Class will also get a complimentary Chauffeur service, which would drive them to or from the airport, before departure or upon arrival. In addition, passengers will also gain access to Asiana Airlines airport lounge. 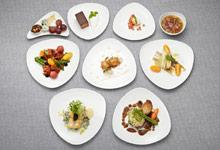 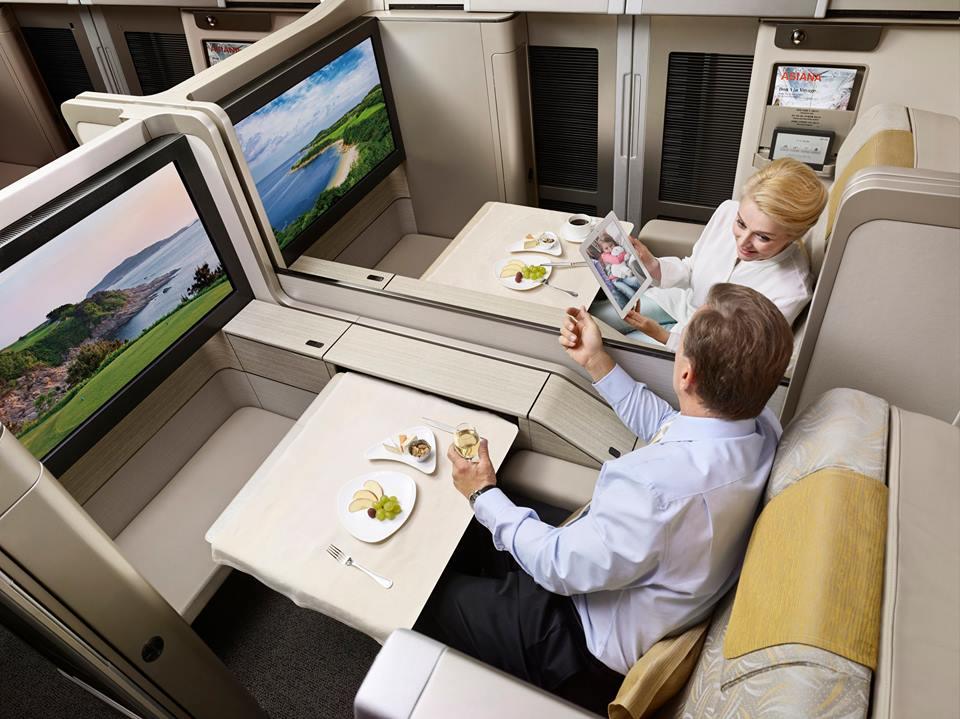 Each seat in the First Suite Class can be reclined into a 210-cm fully flat bed, equipped with the world’s largest 32-inch HD personal monitor. Passenger’s privacy will also be maximized with the two sliding door in each seat, the first of its kind offered by a Korean airline. Moreover, the seat is also completed with a personal mini bar where passengers can stock their favorite beverages. There is no doubt that passengers will experience the ultimate comfort, especially with the LCD Seat Function Control Unit which provides a one-touch-screen for the control over all functions of the seat.

Asiana Airlines has prepared chef-made in-flight meals for its First Suite Class passengers, each strictly selected with considerations of nutrition and flavor. In addition, wines are also available to complete the premium dining experience. 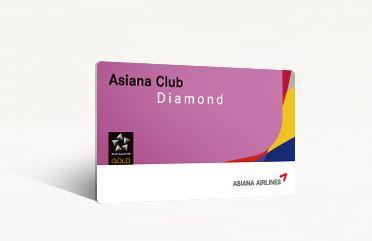 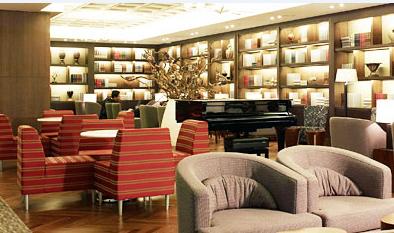 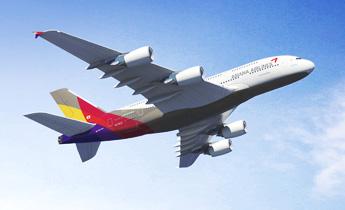 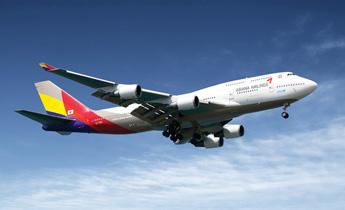 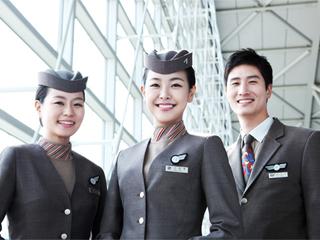 Asiana Airlines’ flight attendant uniform creates a simple, yet elegant look. Consisting of three parts, the uniform features a gray blazer with the airline logo patched on its right side, three buttons, and two pockets on the below part of the blazer. Underneath the blazer, the flight attendant wears a brown turtleneck top with accents of blue, yellow, red, and white colors. Meanwhile, as the bottom part of the uniform, the flight attendant wears a skirt in similar brown color, paired with black high heels. To complete the look, the uniform also features a gray hat with the airline’s logo on one of its parts.

Please find the check-in time for all Asiana Airlines flights on the table below. Check-in time may vary if your flight is operated by a partner airline. Please check your e-ticket to ensure.

In general, refunds are permitted for personal reasons (self-cancellation, sickness, pregnancy, or death of a passenger), cancellation/rescheduling by the airline, force majeure, or double booking. However, different airlines have different policies regarding acceptable refund reasons. Please visit Asiana Airlines Refund Policy for a complete information on refund.